Greetings, recruits. It’s time to begin your training to become the true ace of the sky. See the tutorial below for Red Wings: American Aces tips and get to know the controls before taking off for your multiplayer battles.

Can you see the gauge at the bottom of the screen? Good. This is a radar that will let you see your surroundings and the state of the plane.

You can adjust your speed, which will be reflected with the lever on the right. The white arrow on the left shows your altitude.

The top green bar represents your health, while the bottom yellow bar is a fuel gauge. There are fuel balloons scattered around in the air—if you take a lot of damage or find yourself running out of fuel, fly through the ring attached to the balloon. They will completely refill your health and fuel.

Enemy ahead? Don’t worry—your warplane has a ton of firepower. Aim at the enemy and press the assigned button to take them down. You can zoom in for a better aim.

Mind the markers that appear around the target icon when you shoot to avoid overheating the plane. If you shoot too much, you won’t be able to attack for a while.

You can look around by holding, but remember that it locks every other activity.

Every mission you complete is rated with stars. You can acquire up to three stars by completing the mission in the time frame specified in the mission details.

You can view skills in your skill book, which can be accessed from the mission summary screen or plane selection screens. Use the stars you receive for completing missions to unlock skills and upgrades.

Skills appear at the bottom-right corner of the screen. A clever pilot uses special skills to turn the tide of every battle to their advantage. Remember that every skill has a cooldown, so use them carefully.

A barrel roll is a handy skill. It can be used not only as a good defense against enemy bullets but also as a great way to attack an opponent. Use a barrel roll to crash enemy warplanes without losing any health points.

Use a quick comeback to quickly change the direction you’re flying in.

The squadron is the best way to take down many enemies in a short time. Lock on the enemies and press the fire button to call allied warplanes which will damage the opponents.

Use this skill to finish off a wounded enemy, reset all your cooldowns, and even heal yourself (if you upgrade the skill). Fatal takedown charges with every eliminated enemy—you need to defeat eight opponents to charge it completely. When the takedown icon appears over a wounded enemy, press the skill button to activate fatal takedown.

That’s everything for today’s lesson. See the gameplay trailer for some insight into the inspiration behind the game and the challenges of its development.

Are you prepared for aerial battles now? Let us know in the comments or on our Discord. 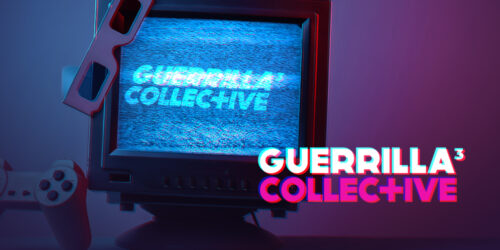