Whether you’ve already ventured into the dangerous Chernobyl Exclusion Zone in Chernobylite or plan to soon, you might be interested in some facts about the game itself. Catch up with the developer’s diary here and read the most interesting questions and answers from Chernobylite’s last AMA with The Farm 51’s creative director, Wojciech Pazdur.

What or who inspired/influenced you to make this game?

In 2016 we released a virtual documentary about the Chernobyl catastrophe named “Chernobyl VR Project”. During the work on this documentary, we spent a lot of time in the Exclusion Zone and we found out that the footage we were collecting would make great material for a video game too—as the main subject, world setting, and key focus of development. But for the game’s structure, story, and gameplay, we had a lot of different inspirations such as my favorite game, Silent Hill 2, some indie survival games, Fallout, and other RPGs.

In addition, we lived in the shadow of Chernobyl—many of us (including myself) remember the end of April 1986, when there was a kind of soft and unofficial lockdown in Poland related to a potential radiation threat. As kids growing up during the Cold War era we had been (nomen omen) bombed by the propaganda of Nuclear War, so these subjects were always strongly resonating with us.

Which feature/thing you added to or worked on in the game are you the most proud of? Was there anything specific that gave you a lot of trouble?

We believe that the most unique thing about our game is that it utilizes 3D-scanning in a way not used in other games—almost every part of the Exclusion Zone you see in the game is a digital copy of the real object. We spent years developing the tech and a pipeline to be able to do so and we believe it makes Chernobylite very immersive, especially for people who’ve seen the Zone in reality or in photos and movies.

At the same time it was also the biggest challenge for us, because working in the Zone is not easy: you don’t have electricity or the Internet and there are a lot of restrictions related to the area’s radioactivity. Generally, spending a lot of time there is not really comfortable, but it’s also a big adventure.

Has your team grown since you made the rather excellent, Get Even? Was this game given a greater budget?

Our team is about two times smaller now than it was during the development of Get Even. We focused on creating better technology and shaping the design of the game to be achievable with a smaller team. It was not just about the budget, but about the control over the process of developing the game and being able to explore some unique production approaches and design decisions that are not available for a big production. Chernobylite is a much more indie game than Get Even.

Are you going to be able to see The Elephant’s Foot in-game in some way shape or form?

In our game, chernobylite, a substance that is the melted core of Reactor No. 4, turned into something quite strange and unique. So there isn’t The Elephant’s Foot as you know it from the famous photos, but still, our game is all about it, actually.

What was the most time-consuming part of the project?

The most time-consuming part of the project was building the game world and filling it with the story. We never created a project of this scale before, with so many objects and so many lines of dialogue.

What extra content will we see in the game after its full release?

At the moment there are three weapon skin packs available on Steam: the White Rose Pack, the Autumn Dread Pack, and the Deadly Frost Pack. Two free content updates have been released as well and it’s just the beginning of a series of upcoming goodies. Check out the DLC roadmap here.

What advantages and disadvantages to the game’s development has the use of environmental scanning provided you?

The main advantage is the level of detail and the quality of 3D models and textures that is usually not reachable when modeling by hand (or it’s very costly). Having the proper technology and a production pipeline, we could create a much richer world than in any other game we’ve worked on in the past. The second advantage is the realism of the scene—the objects placed there are the digital copies of their real-world counterparts.

But there are disadvantages: among other things, real-world locations are not the best ‘level designs’ for a video game because their layout is not specifically built around a pleasant gaming experience. So you need to re-work a lot of an original location’s arrangement to turn it into a pleasing game location. And you need to physically go to the place you want to recreate, which is at the same time an adventure and a logistical challenge.

Are there some easter eggs in the game?

There are many of them. Some are very obvious, like the “not great, not terrible” line. Some are more hidden, like the guy who is selling you the loot boxes that have unknown content.

What’s been your favorite part of development? And have you visited Chernobyl for real life references?

We’ve spent countless days in the Exclusion Zone to 3D-scan the environment for our game. It was my favorite part of the development because in my 20-year career as a video game developer I’ve never worked on a project like this.

What was your favorite part of the Zone to explore during your trips there?

I love Pripyat City. Endless blocks of abandoned flats. Every time I go there I discover a new place I hadn’t seen before. But the most touching is Kopachi Kindergarten.

You can find the full AMA here. Did something surprise you? Do you have more questions? Let us know on our Discord. 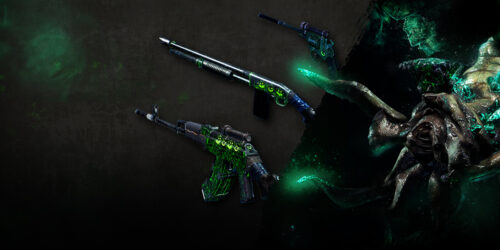 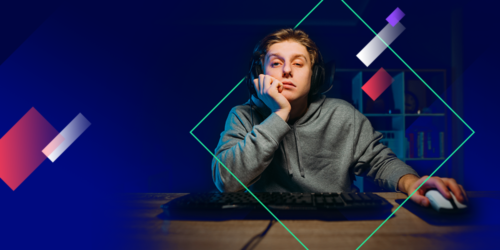 Win a Free Copy of Chernobylite in the Holiday Fan Art Contest!

The Holiday Season is coming to the Zone! To get a bit of festive cheer going around, we’ve organized a holiday fan art contest. Show us what the season looks like in the Zone! 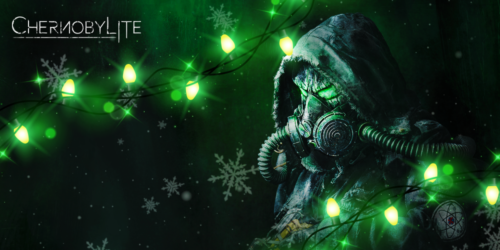