Exo One is coming to PlayStation 4 and PlayStation 5 in 2022 to be published by All in! Games, with some brand-new features for the PlayStation 5 version. The game is a five-year passion project inspired by sci-fi cinema and experimental narrative games—embark on a journey through mysterious alien worlds, from terrestrial deserts to dreamy gas giants.

The title has been upgraded for the PS5, introducing buttery-smooth gameplay in 120 fps. Players with a DualSense Controller will experience a richer, more responsive flight than ever before, with haptic feedback that reflects the weather and terrain of each planet.

As you pilot an alien probe, you will glide and roll across the landscape, controlling gravity itself to reach colossal speeds and exhilarating heights. Drift toward the blue beam on the horizon while rushing down hillsides, riding thermal updrafts into boiling cloud formations, and launching off mountain tops.

From August 25-28 you’ll be able to play Backfirewall_ at the event as well as talk to the developers and win awesome gadgets in a data-contest. Stop by our booth C029g in hall 07.1 for all this and more!

Save on our games with a new bundle!

Do you enjoy exploring abandoned, post-apocalyptic worlds? Do you thrive in beautiful chaos? In collaboration with Untold Tales, we have two great bundles for you! 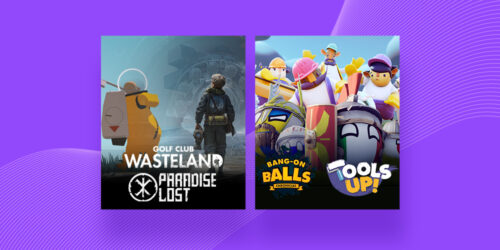