It’s been 30 years since the nuclear disaster at Chernobyl. As Igor Khymynyuk, a former physicist from the power plant, you’ve returned to the zone for the first time to search for clues about the fate of your missing beloved.

But lurking in the depths of Chernobyl are dangerous creatures and mysterious compounds not of this world.

It is not about how you face your fears, but how you survive them

Your chances of survival are dwindling with every passing moment. There’s no time to waste as each minute in the zone brings new threats. Your comrades are dying and supplies are running low.

No matter how hard it is, you must maintain your resolve to survive this nightmare and discover the horrors of the past. Will you ever be ready to face them or will you avoid the truth? 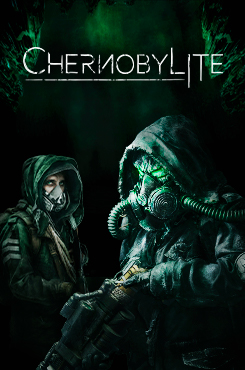 Learn the disturbing secrets of the Chernobyl Exclusion Zone as you explore its 3D-scanned recreation in Chernobylite. Discorver a science-fiction, survival horror RPG from developers The Farm 51.

Please report bugs and other issues via this email.

Xsolla is an authorized global distributor of Chernobylite.